Bust of Perikles at The British Museum, London

Perikles (died 429BC) was famous for his public speaking, which enabled him to rule Athens at the height of her empire. With a military helmet pushed back on the head, Perikles is the model of a citizen soldier. This idealised image presents him as 'fair of face and sound of heart' (kalos kai agathos).

Roman 2nd Century AD copy of a lost Greek original of around 44-430BC. 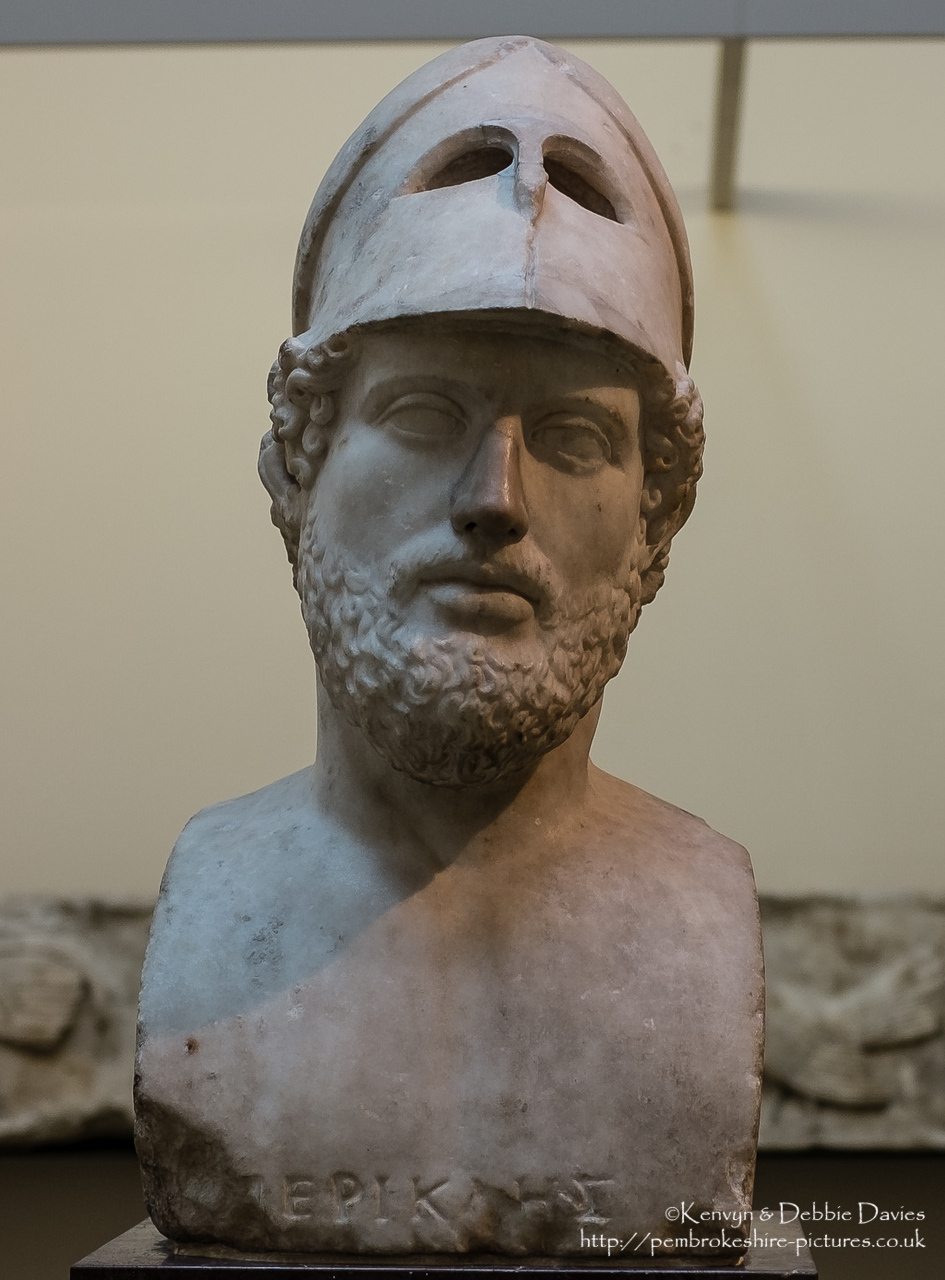