A yacht being restored in Gloucester

Gloucester was founded in AD 97 by Romans and was granted it's first charter in 1155 by King Henry II. It lies between the Cotswolds to the East, the Forest of Dean to the West and the Malvern Hills to the North. The Gloucester and Sharpness Canal (completed in 1817, at which point it was the deepest and broadest canal in the world) links Gloucester to the Severn Estuary. The Docks are now a public area containing shops and museums. 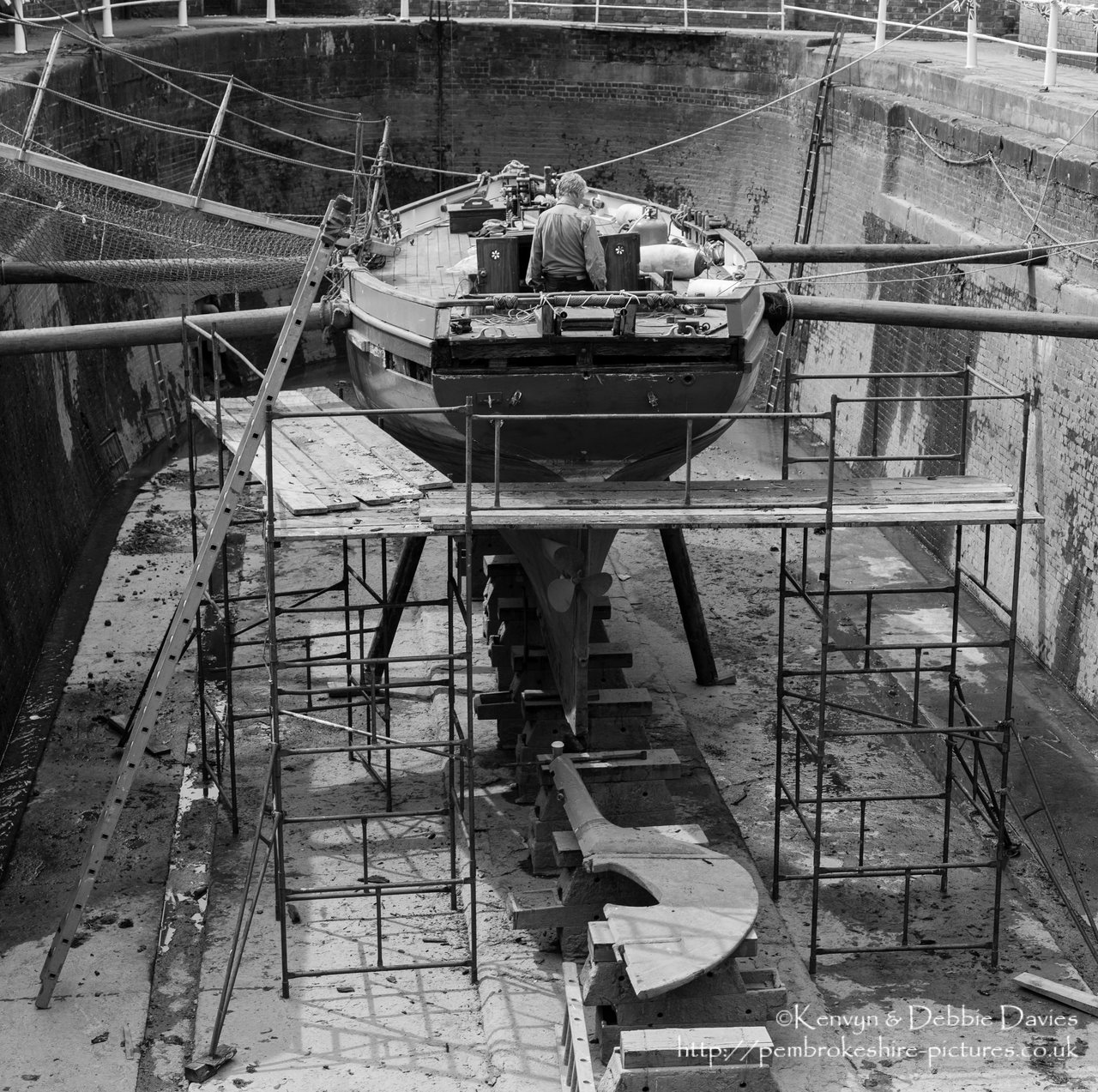