Built between 1859-61, The HMS Warrior was one of two armoured frigates (her sister ship was the HMS Black Prince) built in response to the French Napol?on, the first steam powered battleship in the world. She was the largest, most powerful and fastest ship of her day but soon became obsolete as maritime warfare equipment advanced. She is now docked in Portsmouth Harbour and has been restored as part of the National Maritime Fleet. 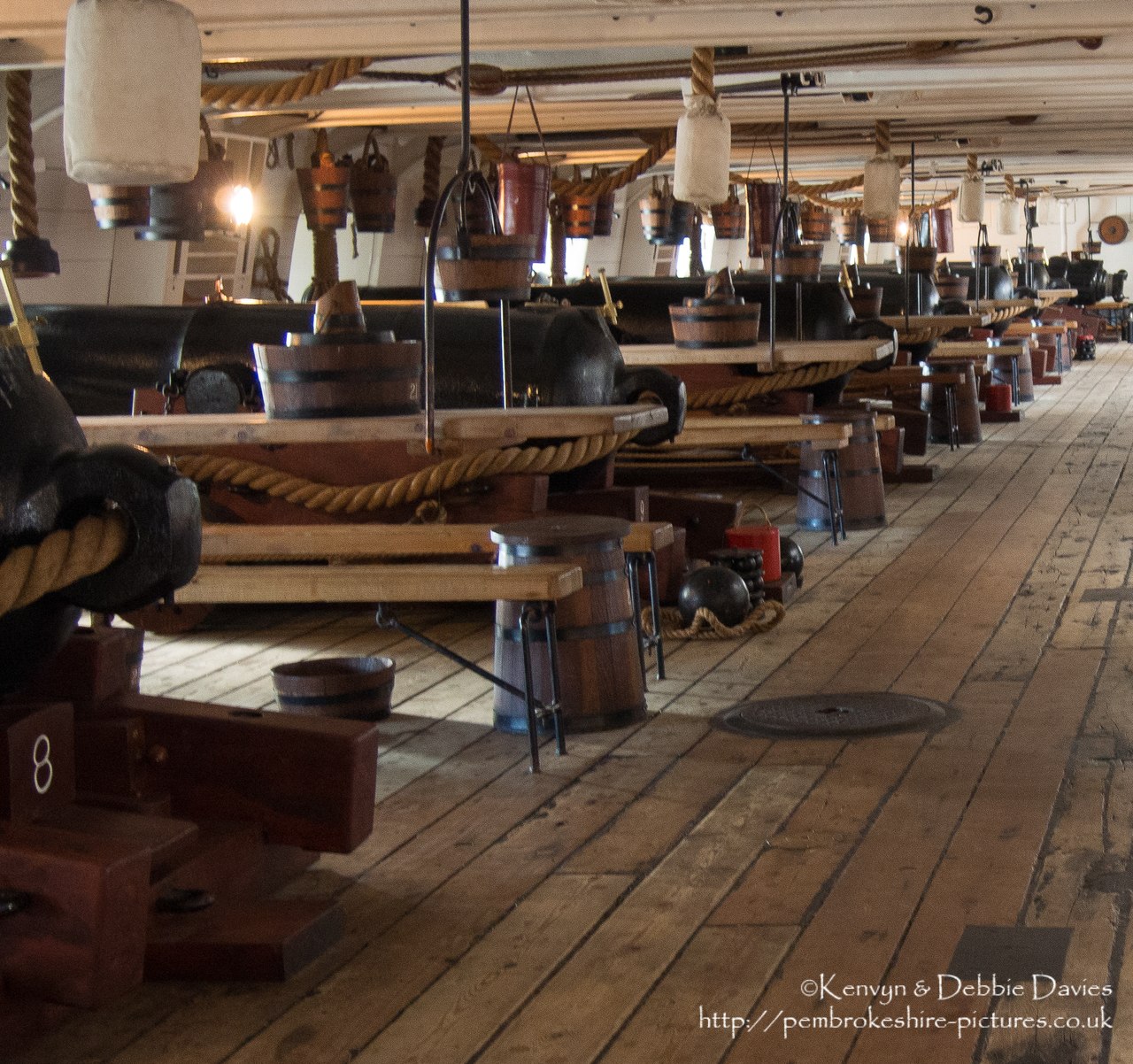