The Lovell Telescope at Jodrell Bank

The observatory was established in 1945 by Sir Bernard Lovell, a radio astronomer at the University of Manchester who wanted to investigate cosmic rays after his work on radar during the Second World War.

Construction was completed in 1957 (at which time it was the largest steerable telescope in the world and is still the third largest), the telescope is 250ft in diameter and weighs 3,200 tons. 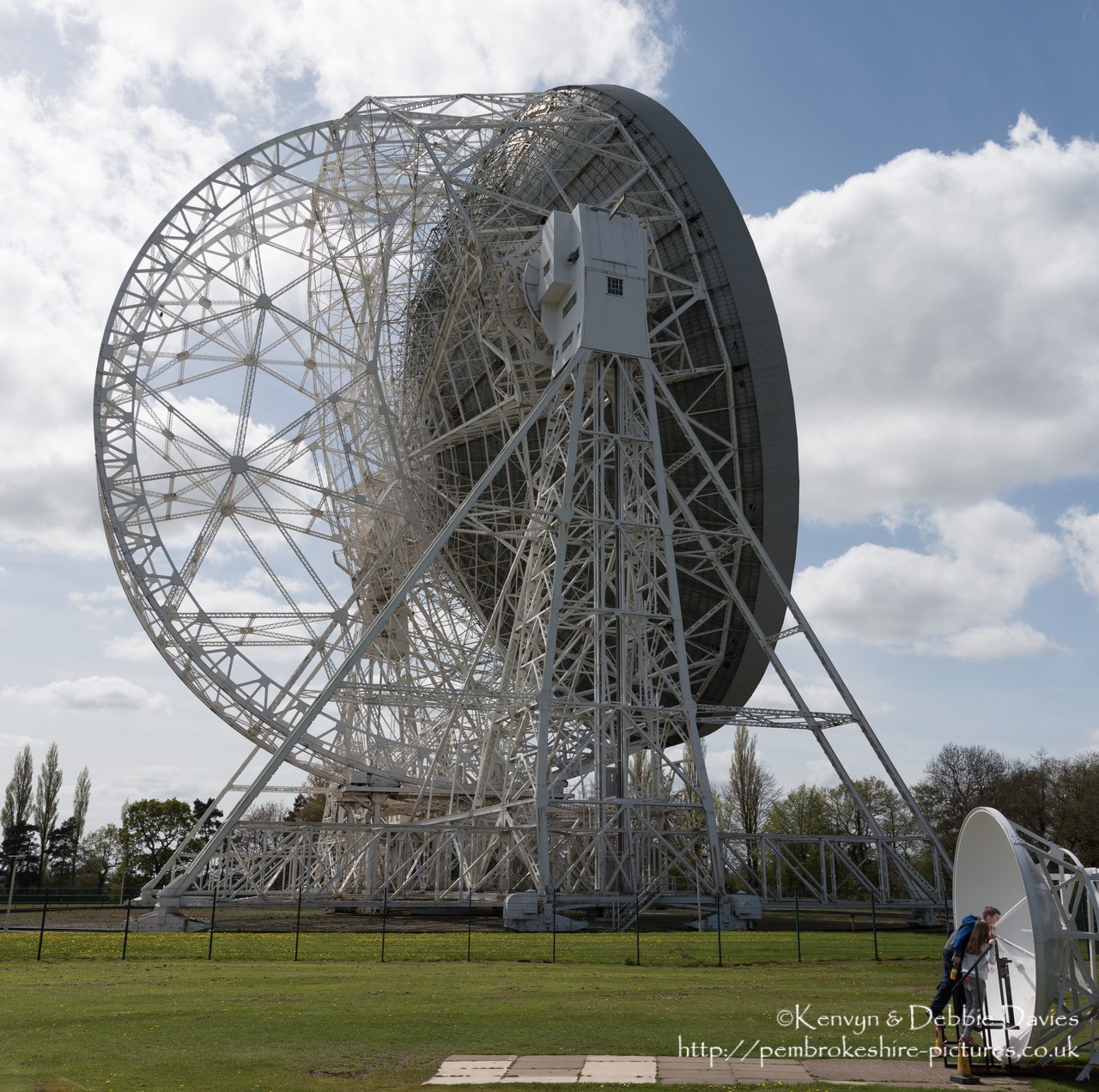