HMS Lancaster (F229) and HMS Richmond, two of the Royal Navy's Type 23 frigates in harbour with the Illustrious.

HMS Illustrious is an "Invincible" class light aircraft carrier, the middle of three built for the Royal Navy in the late 70s and early 80s (she was commissioned in 1982). Following the retirement of the Harrier VTOL aircraft in 2010 she became and helicopter carrier and is the oldest (as of 2014) serving ship in the Royal Navy. We were lucky to see her before her final deployment following which she will be de-commissioned and preserved for the nation. 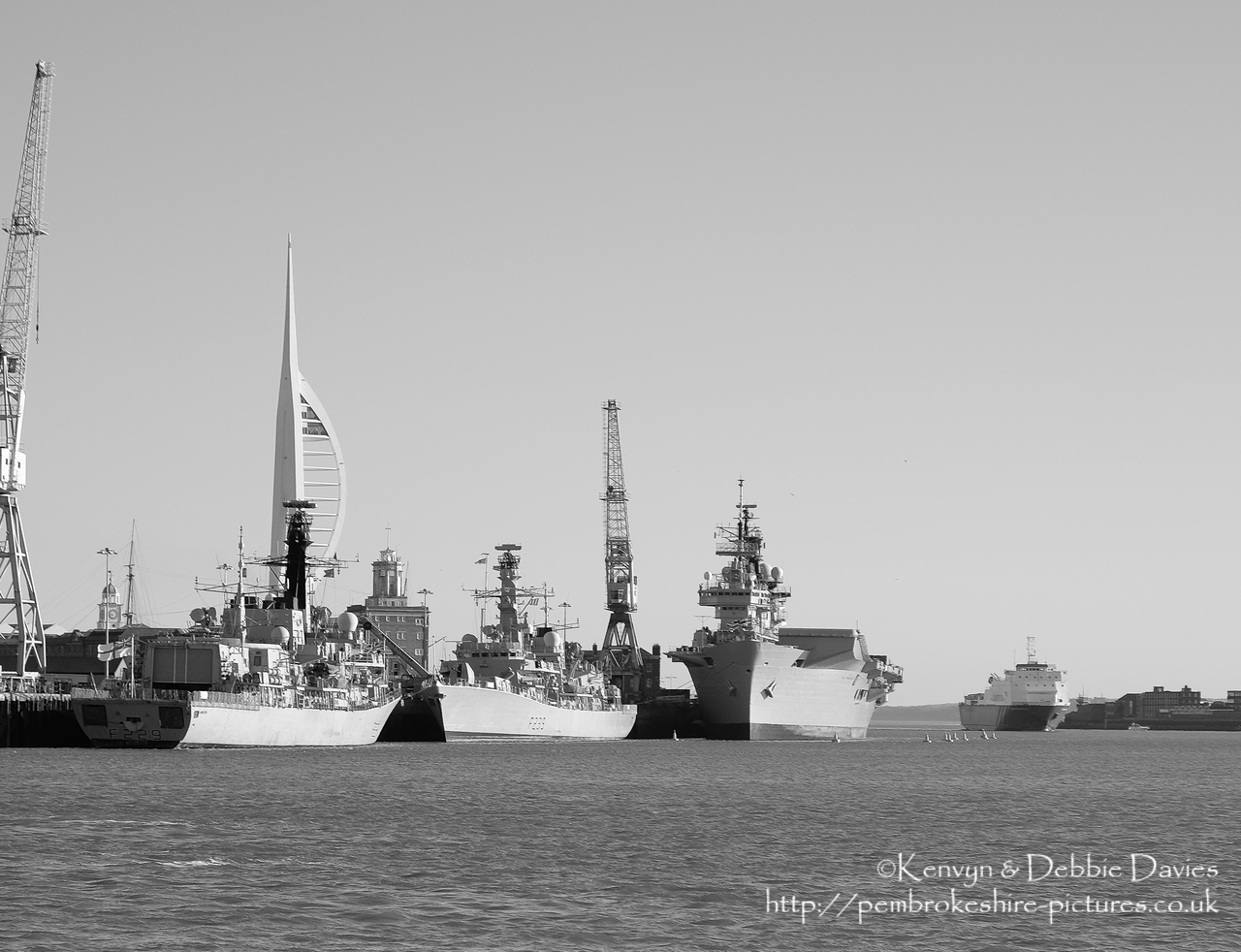